It’s true what they say- every baby and every pregnancy is different from the other. With London, my water broke and while it was a small leak, it was clear that I was in labor and we would be having a baby. This time around, it was a little different.

I started experiencing what’s called “prodromal labor” in the weeks leading up to my due date. I was having regular, painful contractions that were 3-5 minutes apart. I went into triage about 4 times, thinking I was in labor. They would monitor me, check my cervix, and determine that there was no change. I was 3cm dilated already by 37 weeks, but my cervix wasn’t changing with the contractions. Each time we were sent home was a disappointment.

During each visit with my OB, she was surprised that I still hadn’t given birth! I was even more dilated every week that I went in. By 39 weeks, I was 4.5cm dilated and 70% effaced. We decided to try a membrane sweep to help speed things along. That night, I woke up to painful contractions again, but I didn’t think much of it since I had been having false labor contractions for weeks. I waited to see if they got more intense, but by morning, they had pretty much disappeared. By this point I was so tired and so ready to have this baby. I spent the afternoon walking the neighborhood to see if it would help start anything. I did lose more of my mucus plug, but still no (strong enough) contractions.

That night I woke up yet again to pretty painful contractions. I wasn’t hopeful, but my mom encouraged me to go into triage to at least have a cervix check. I was told that if I was at a 5, it is considered active labor and they would have to admit me. When we got in, the nurse checked me and determined I was only 1cm dilated. I was so confused because my OB told me I was 4.5 just two days earlier. I waited to be monitored and checked again after an hour. This time a second nurse came in and said she agreed that I was 1.5cm. I don’t know if it was the hormones, the exhaustion, or a mixture, but I was very frustrated and insisted on a doctor performing another cervix check because of the discrepancy. Thank God I did, because the doctor came and determined I was indeed 5cm dilated. He called my OB down to check me herself and she said I was actually 7cm dilated and admitted me right away! It was all so confusing and shocking, but I was just relieved to finally have the baby and be done with labor.

The rest of the day went as smoothly as I could’ve hoped for. I was able to get an epidural and it worked wonderfully. I was admitted at 9:30am and was ready to push by 3:00pm. I pushed for about 40 minutes and realized something was off by the number of people in the room and the fact that baby still was not out. I later learned that baby was much bigger than expected and had gotten stuck behind my pelvic bone. During the last push, one doctor had to assist by pushing down on my stomach while my OB pulled baby by the shoulders. Elias Ezekiel was born 11lbs even. Other than a small fracture, he had no health complications and Q was able to cut the cord. We were able to do immediate skin to skin and all of my prayers were answered about an easy and “normal” vaginal delivery.

I am still so thankful for an amazing doctor who always had mine and baby’s best interests in mind. We have spent the last month adjusting to our new family of 4 and loving every minute. London is the sweetest big sister and is obsessed with her baby brother. Christmas truly came early for us this year 🥰 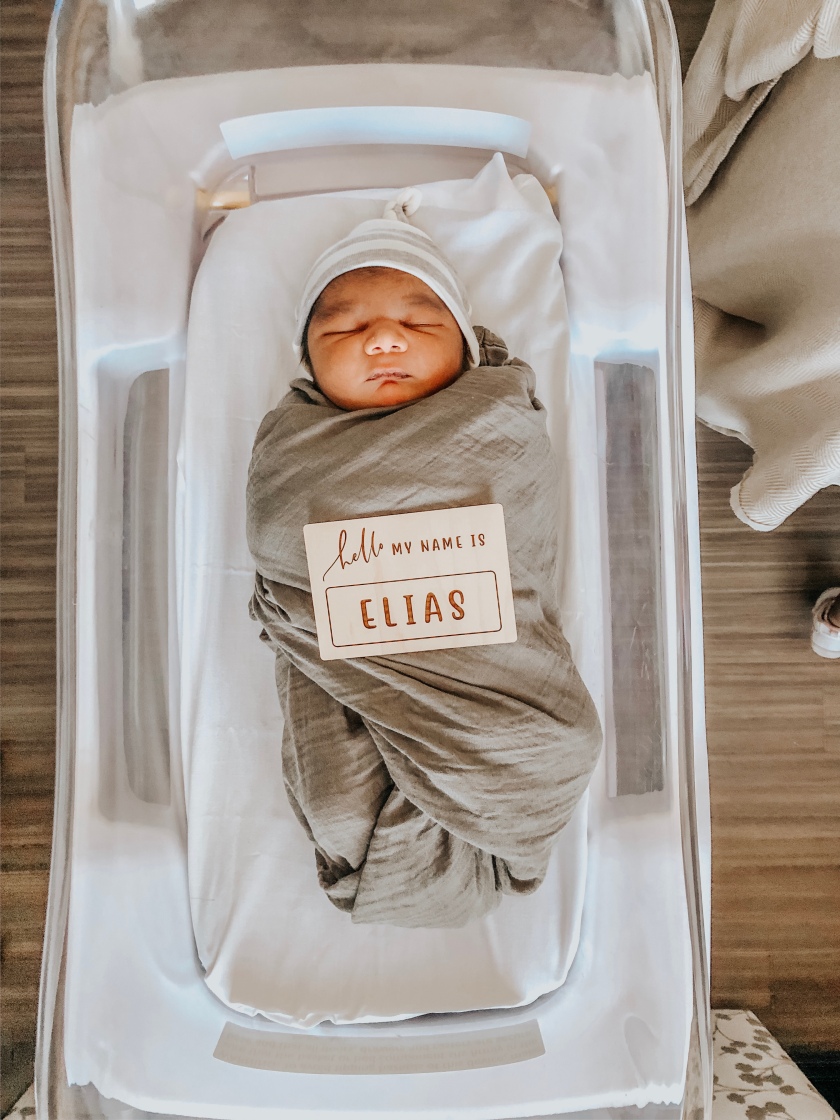 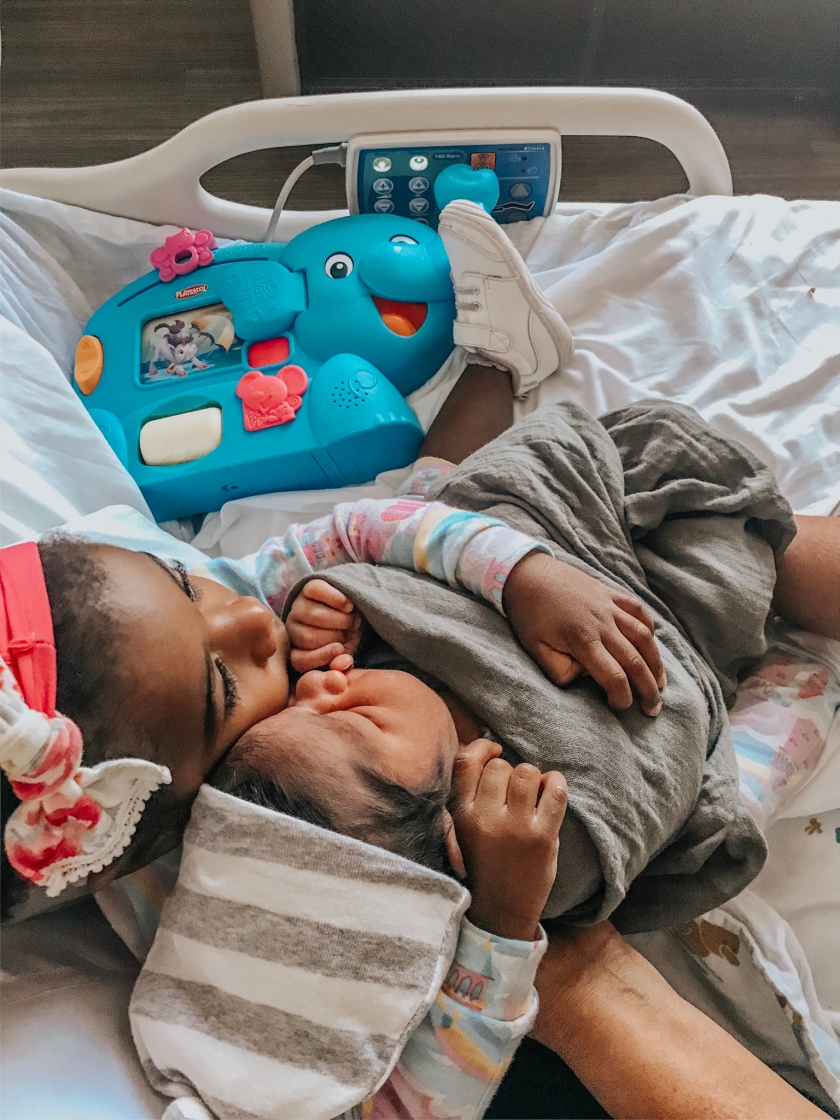 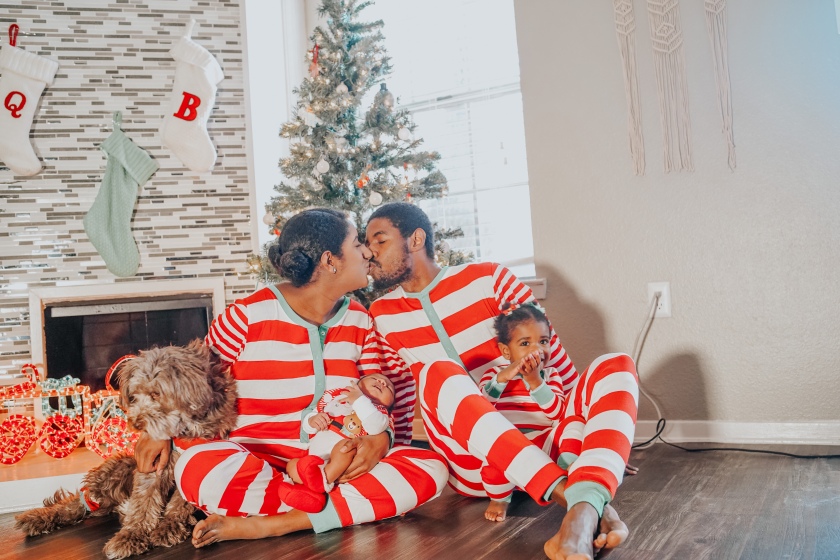 New Orleans was good to us. Happy 30th to my best friend (even though he says I’m not his 🙃😅)
Yesterday marked 3 years married to my best friend. Between COVID and two kids, each year is a gift from God 😂 Let’s promise to always celebrate our wins, big and small 🖤
When I tell y’all, this last month has felt like an entire YEAR.
A look back at our last two Valentine’s days. To say we are overdue for a true Valentine’s getaway is an understatement 😅 Unfortunately the weather had other plans for us and we’re stuck inside WITH our children for the third year in a row 🤣 Love this little family of mine though 💕
Our first picture ever taken together. This one will always mean so much to me.
When your kids have better clothes than you 🙃
Loading Comments...
Comment
×
<span>%d</span> bloggers like this: